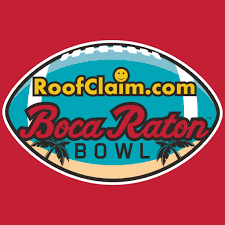 Liberty won eight games to make their fourth-straight bowl game. Liberty had four victories over four bowl-eligible teams, which were Southern Miss, UAB, BYU and Arkansas. They lost to one team that missed a bowl game in Virginia Tech.

Jonathan Bennett and Kaidon Salter have both been playing quarterback for the Flames. Bennett has passed for 1,534 yards, 12 touchdowns and nine interceptions, while Salter has 1,002 passing yards, seven touchdowns and five interceptions. Three receivers have over 200 receiving yards on the season. The top receiver is Demario Douglas, who has 73 catches for 977 yards and six touchdowns.

Four running backs have over 200 rushing yards for the Flames. Dae Dae Hunter is the leading rusher with 850 yards and eight touchdowns. Shedro Louis has given him a break at times with his 492 yards and seven touchdowns.

Their defense concedes 24.9 points per game, which is 56th in the FBS. They give up 144.1 rushing yards (ranked 57th) and 201.2 passing yards per game (ranked 28th). Mike Smith, Javon Scruggs and Ahmad Walker all have over 60 tackles on the season. Defensive end Durrell Johnson leads the team with eight sacks. Robert Rahimi has the team-hight with five interceptions.

Dequan Finn has been a star for the Rockets at quarterback. He has 2,127 passing yards, 22 touchdowns and 12 interceptions on 59.1 percent completion. Five pass-catchers have at least 200 receiving yards on the season. Leading the team in almost all major categories is Jerjuan Newton, who has 48 receptions for 788 receiving yards and nine touchdowns.

Four players have over 200 rushing yards for the Rockets on the season. Jacquez Stuart and Finn, from the quarterback position, each have over 600 rushing yards on the year. Stuart has four touchdowns, while Finn has eight. Penny Boone and Micah Kelly are the other major contributors at running back.

The Rockets allow 25.5 points per game, ranking them 59th in the country. They give up 146.4 rushing yards (ranked 59th) and 185.5 passing yards per game (ranked 15th). Dallas Gant and Dyontae Johnson each have over 100 tackles on the season. Jamal Hines and Desjuan Johnson have been decent pass rushers with 6.5 and 5.5 sacks respectively. Quinyon Mitchell has had a fantastic year at corner with 19 passes defended and five interceptions.

Liberty is dealing with the loss of their coach, as Hugh Freeze has taken the Auburn job. Toledo will shut down the pass and be able to move the ball themselves in order to secure the win.

Make sure to check out our college football page for more content like 2022 Boca Raton Bowl Preview!