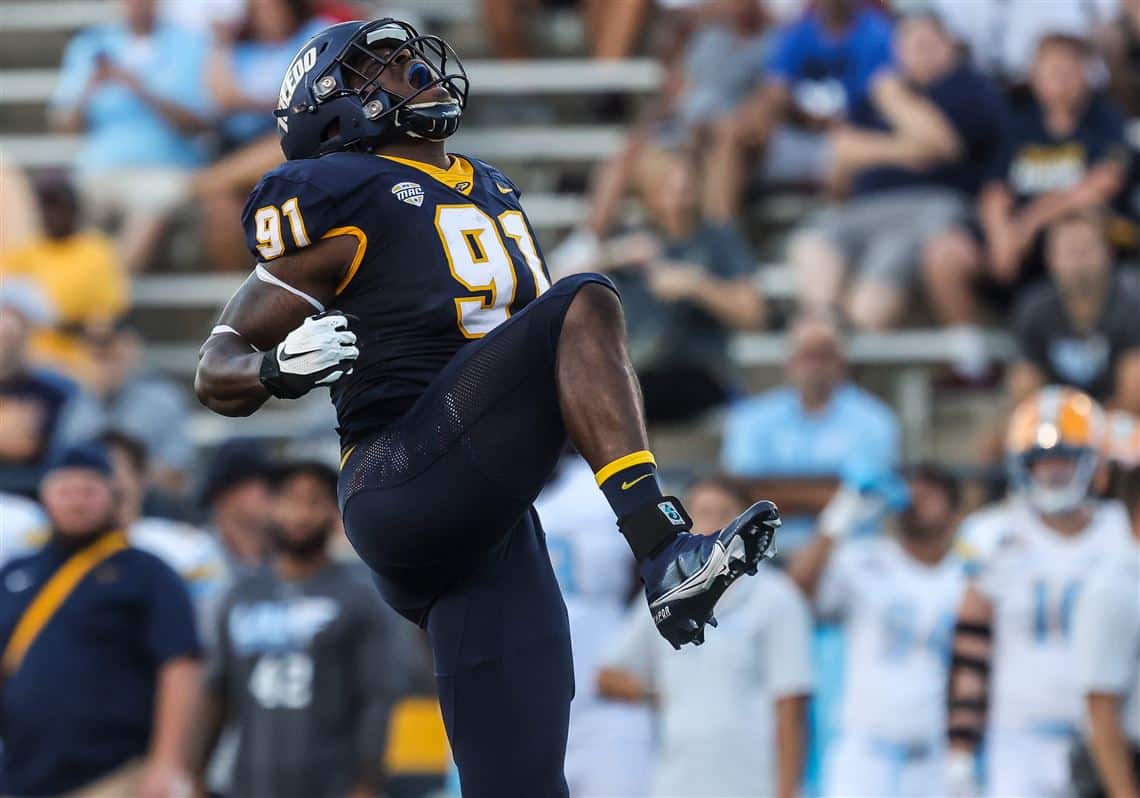 Douglas has been at Liberty since 2019 and has progressed every season. He has 166 receptions for 2,177 yards and 16 touchdowns in his career. This season, Douglas has hauled in 73 passes for 977 yards and six touchdowns.

At 5-foot-8 and 165 pounds, Douglas is undersized for an NFL receiver. He will likely be resigned to playing the slot, where he will have to show off his speed and quickness. His size may leave him off of some draft boards this April.

His height won’t be a problem, as he is 6-foot-4, but he weighs only 235 pounds. He needs to add weight to his frame to hold up against NFL offensive linemen. His pass-rushing can come in spurts, but it also can sometimes disappear, so he needs some consistency.

He won’t have ideal height and weight, but Hines is ok at 6-foot-3 and 250 pounds. Hines had his production spike in 2021 with 9.5 sacks, but has still been solid in his other seasons at Toledo. He has the potential to be a late-round pick.

He stands at 6-foot-3 and 235 pounds, which is solid size for a modern-day linebacker in the NFL. Gant has been solid against the run and is decent in coverage, but hasn’t shown to be a good blitzer. He may have produced for mostly just one season, but he could be selected in the 2023 NFL Draft.

Make sure to check out our brand new NFL Draft page for more content like NFL Draft Prospects in the 2022 Boca Raton Bowl!