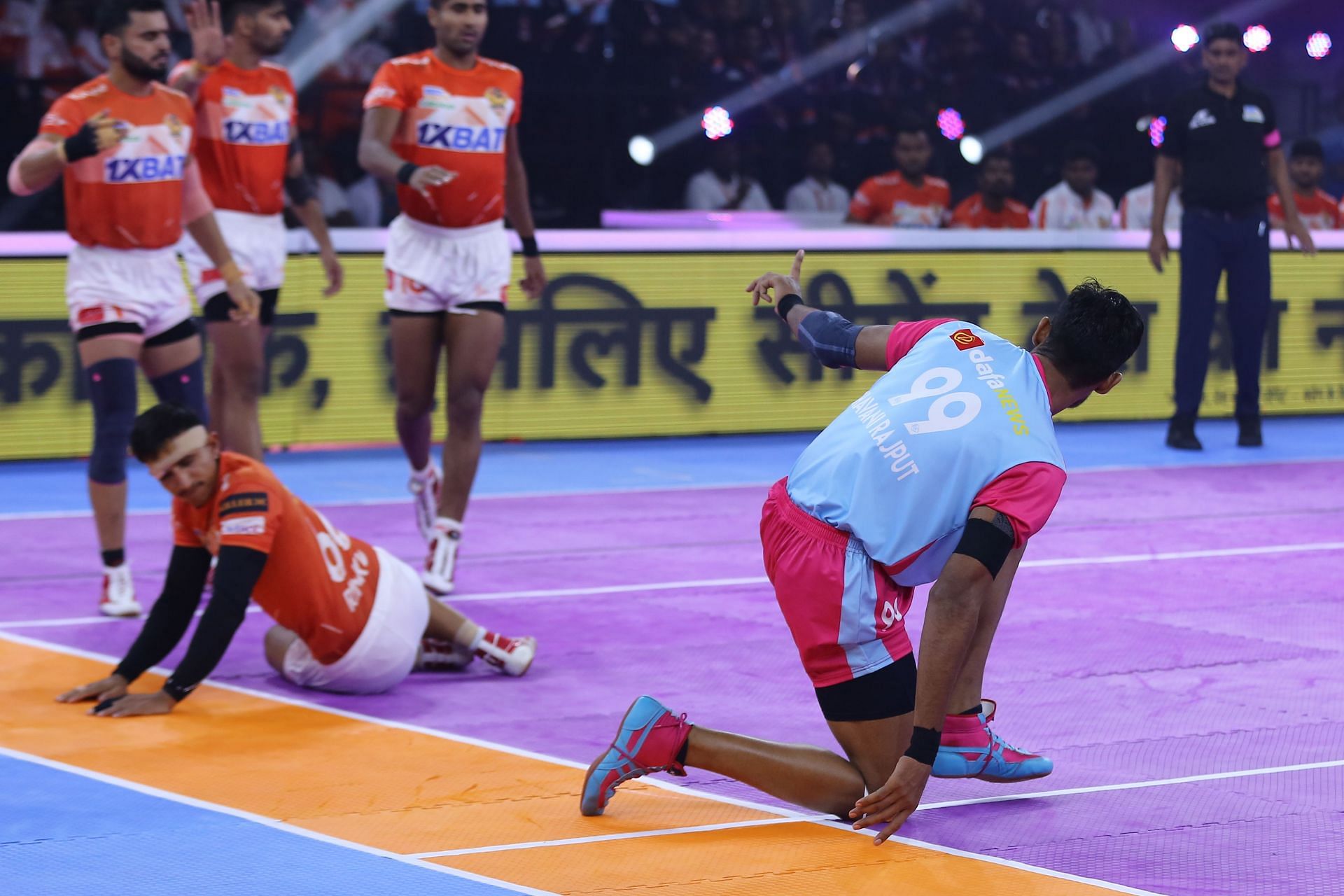 Gujarat Giants will be up against the Jaipur Pink Panthers in the 128th match of the Pro Kabaddi League 2022 on Friday (December 9).

Jaipur Pink Panthers are currently sitting comfortably at the top of the points table with 15 wins and six losses from 21 games. The Sunil Kumar-led side have directly qualified for the semi-finals of the tournament.

They are coming off a massive 44-30 win over the Haryana Steelers in their previous fixture and will look to continue their sterling form.

Meanwhile, Gujarat Giants have already been knocked out of the tournament. They are currently placed eighth in the points table with nine wins and 11 losses.

The Giants are coming off a convincing 44-30 win over the Telugu Titans in their previous fixture. They will be looking to give their best and end the tournament with a win.

Prateek Dahiya was the star for the Gujarat Giants in their previous win against the Telugu Titans as the star raider notched up 17 points in the game. He received brilliant support from defender Rinku, who registered an impressive high five in the game. They will need to get more support from other players if they wish to take down a strong Jaipur side in their upcoming match.

Jaipur Pink Panthers, on the other hand, are playing as a combined unit at the moment. The defenders of the team were unstoppable in their previous fixture against the Haryana Steelers.

Shaul Kumar, Abhishek KS and Sunil Kumar were all among the scorers as they picked up six, five and three points, respectively. V Ajith Kumar led the raiding department of the team, scoring an impressive 13 points in the game.