Toto Wolff: Ferrari to Mercedes switch for Mattia Binotto not possible over too much ‘broken porcelain’ 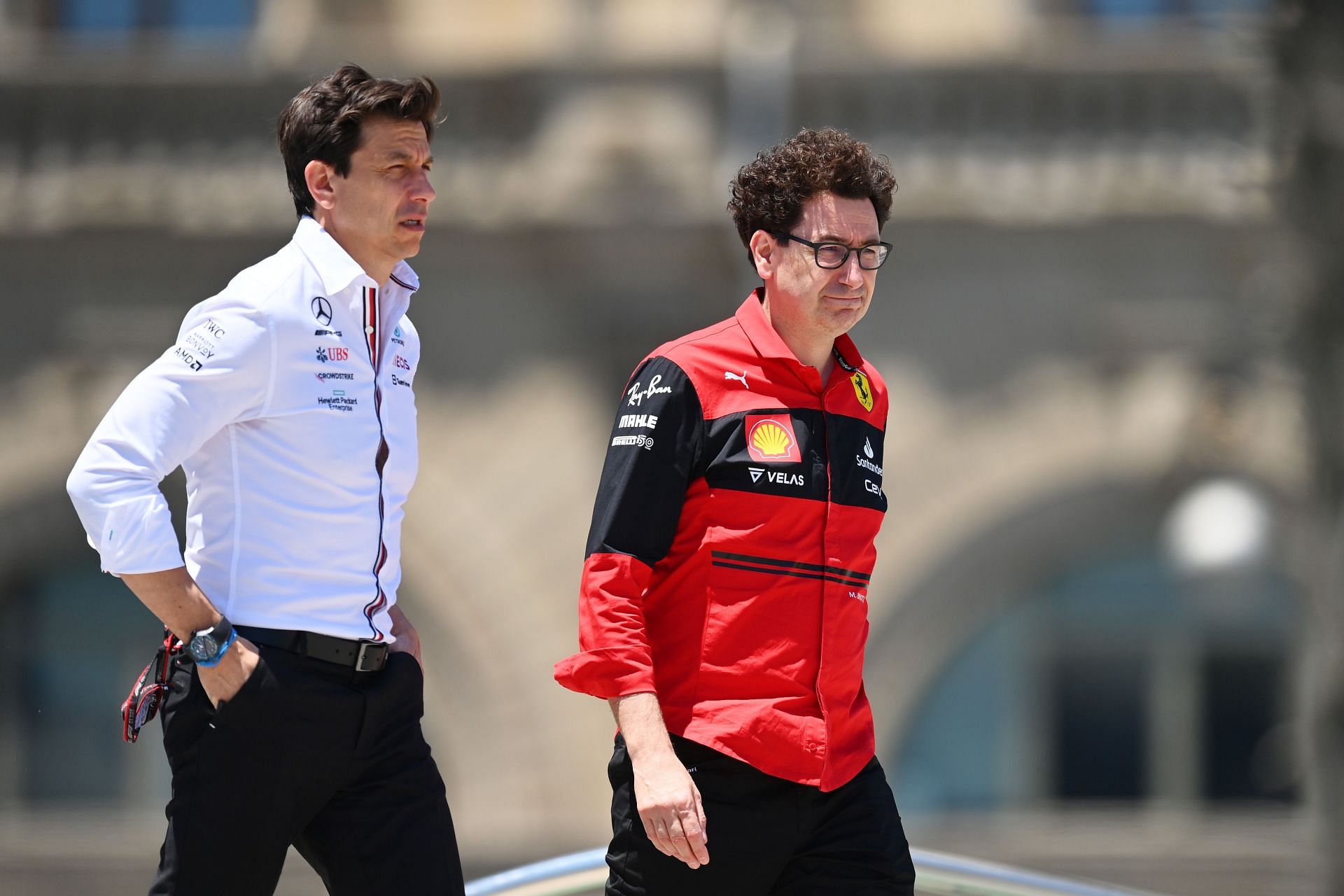 Mercedes team principal Toto Wolff recently claimed that former Ferrari team principal Mattia Binotto could never join the German team in a technical position due to the history between the Silver Arrows and the Scuderia.

The @ManCity manager got his first taste of #F1PirelliHotLaps in Abu Dhabi 🙌@pirellisport @MercedesAMGF1 pic.twitter.com/5fd8TAjNAR

Ferrari team principal Mattia Binotto announced his resignation last month after an unsuccessful 2022 campaign. Binotto could not lead the team to success despite having a car that could best Max Verstappen and Red Bull in the early part of the season.

The Italian team suffered from a string of reliability and strategic issues, causing them to lose ground to the title-winning pair. After the announcement that Binotto will be leaving Ferrari, many suggested that he could join Mercedes in a technical capability.

However, Wolff has shut down any such speculation, claiming there is too much history between the two teams for the switch to take place.

Toto Wolff said on the Beyond The Grid podcast:

“I think there was too much porcelain broken between us over the last few years that this would be possible. With the other teams. I can’t say. Certainly, Mattia understands Formula 1 inside out and maybe he finds a role in a team – there are many out there that could be targets. Mattia and I had our moments, it’s not secret over these many years, but we consolidated that in 2022. We are in a much better place, but it was always clear that he was under tremendous pressure.”

#F1: Toto Wolff reveals that Mercedes changed their car design concept during the 2022 season but the changes could not be seen from the outside:

“Our car fundamentally changed mid-year – we changed the concept but you couldn’t see anything on the bodywork.”

Mercedes boss Toto Wolff also recently claimed that a combination of the cost cap and limited wind tunnel testing means that nobody can win eight F1 championships in a row, as the Silver Arrows did from 2014 to 2021.

“I think you just need to play a better game than the others. It’s a relative competition, and we know who our competitors are today, there will be others tomorrow and after tomorrow because of the cost cap limits that have been set, and this is what the sport should be, not one team, not three, but maybe five [in title contention], and the landscape has changed. I don’t think that anybody will run away with eight championships in a row going forward, and this is the way the regulations have been designed.”

Wolff claimed F1’s changing philosophy will stop teams from dominating the sport for more than a couple of years in a row. The sport has introduced a tight financial budget for teams to adhere to, in a bid to bridge the gap between smaller and bigger teams. Teams also have limited wind tunnel testing time, making it harder for bigger teams to crush their smaller opponents.

If Wolff’s prediction comes true, Mercedes’ run from 2014 to 2021 might go down in history as the last of its kind.