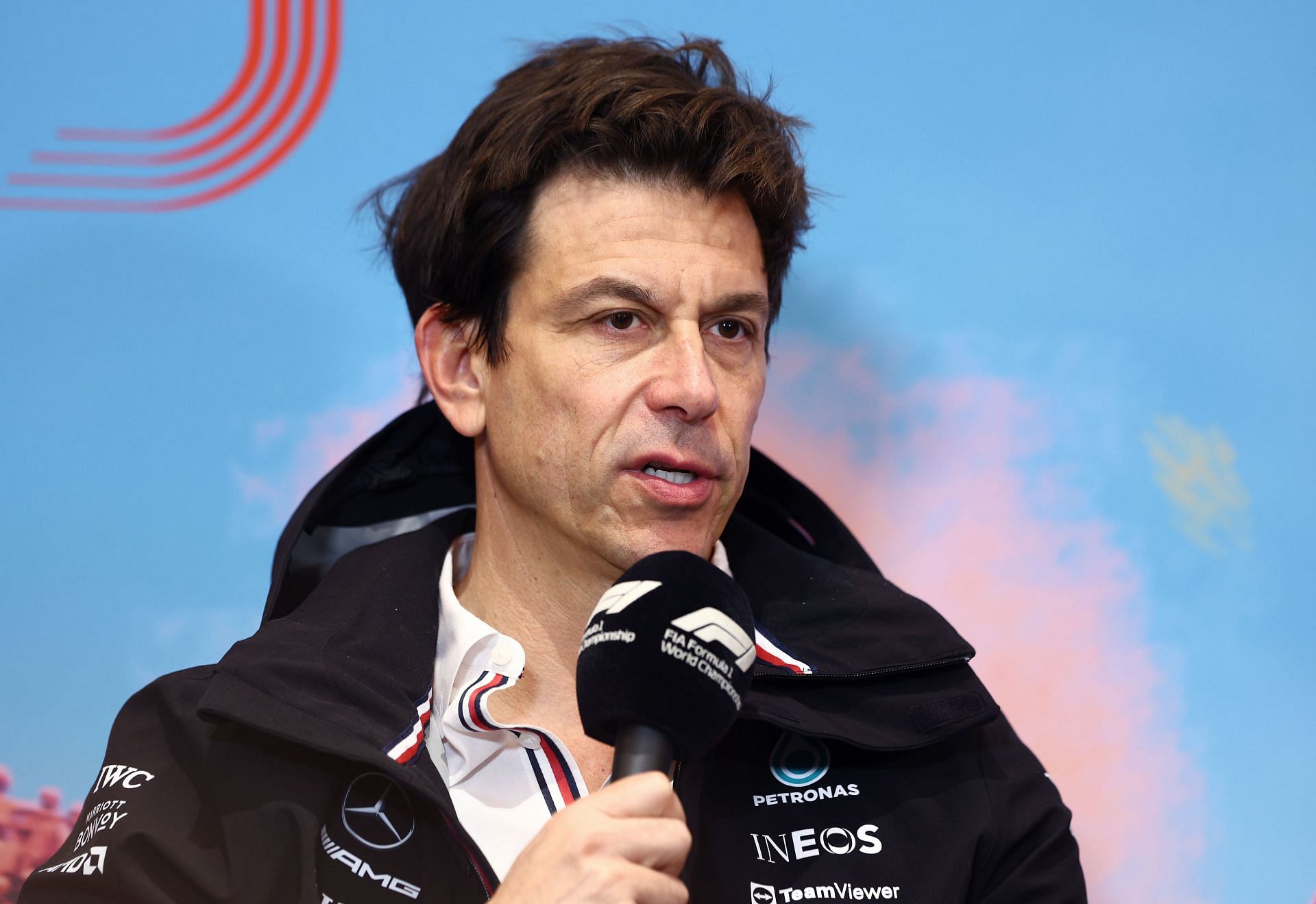 Mercedes boss Toto Wolff is extremely proud of being the Silver Arrows’ team principal but admits that becoming a team principal at Ferrari is everyone’s dream. Ferrari team principal Mattia Binotto was axed last week after his team failed to mount a championship challenge against Red Bull despite having a good car.

Wolff is currently a co-shareholder of his F1 team and has a say in everything the team does. The Silver Arrows team principal also claimed that he’d have considered a role at Ferrari if they had given him a similar offer to that of the Daimler group.

The Mercedes boss said on the Beyond The Grid podcast:

“[Anybody] who says he wouldn’t have been interested in [becoming] Ferrari team principal simply doesn’t tell the truth. I had to pinch myself until today that Daimler gave me the opportunity of becoming a managing partner and co-shareholder. It is something I feel tremendously proud of, but equally, if Ferrari would have come around the corner and miraculously offered me such a position, it would have been the same.”

A new draft of the 2023 technical regulations has been approved demanding that slot gap separator brackets ‘must now provide a structural connection between the consecutive profiles.’ pic.twitter.com/HYRou7Dekb

What a send-off! 😄 Abu Dhabi marked the final race for Nathan, @LewisHamilton’s No.1 mechanic.

So Lewis took him for an unforgettable Hot Lap around @ymcofficial 👏👏👏pic.twitter.com/lZvIzX94sc

Mercedes team principal Toto Wolff is certain his team will recover from their disappointing campaign in 2022. The Austrian exec is sure the Silver Arrows will not repeat the mistakes of the dominant teams before them.

Expressing confidence in his team bouncing back in 2023, Wolff revealed that Mercedes is spending a good amount of time understanding why dominant teams fall from the top steps of the sport. He told the media:

“We are analysing the seasons in the past for why teams that dominated over an era suddenly lost performance. You can trace it back pretty well; a change in the regulation, people leaving, a tyre that fundamentally changed. For us, the regulation changed – we got it wrong. But all the other pillars are still in place. I’m 100% sure that this was a difficult year that was necessary for us to re-energise the organisation.”

The team was unable to grasp the newly introduced aero regulations, leading to a severe fall from grace. Mercedes’ 2022 challenger, the W13, was riddled with porpoising in the first half of the season. As a result, the team was unable to catch up to Red Bull and Ferrari, who dominated the rest of the field.

Wolff and company have always had a very good idea of how to win in the sport. Fans of the Silver Arrows are hoping that the team will bounce back in 2023 and perhaps give Lewis Hamilton his eighth F1 title.