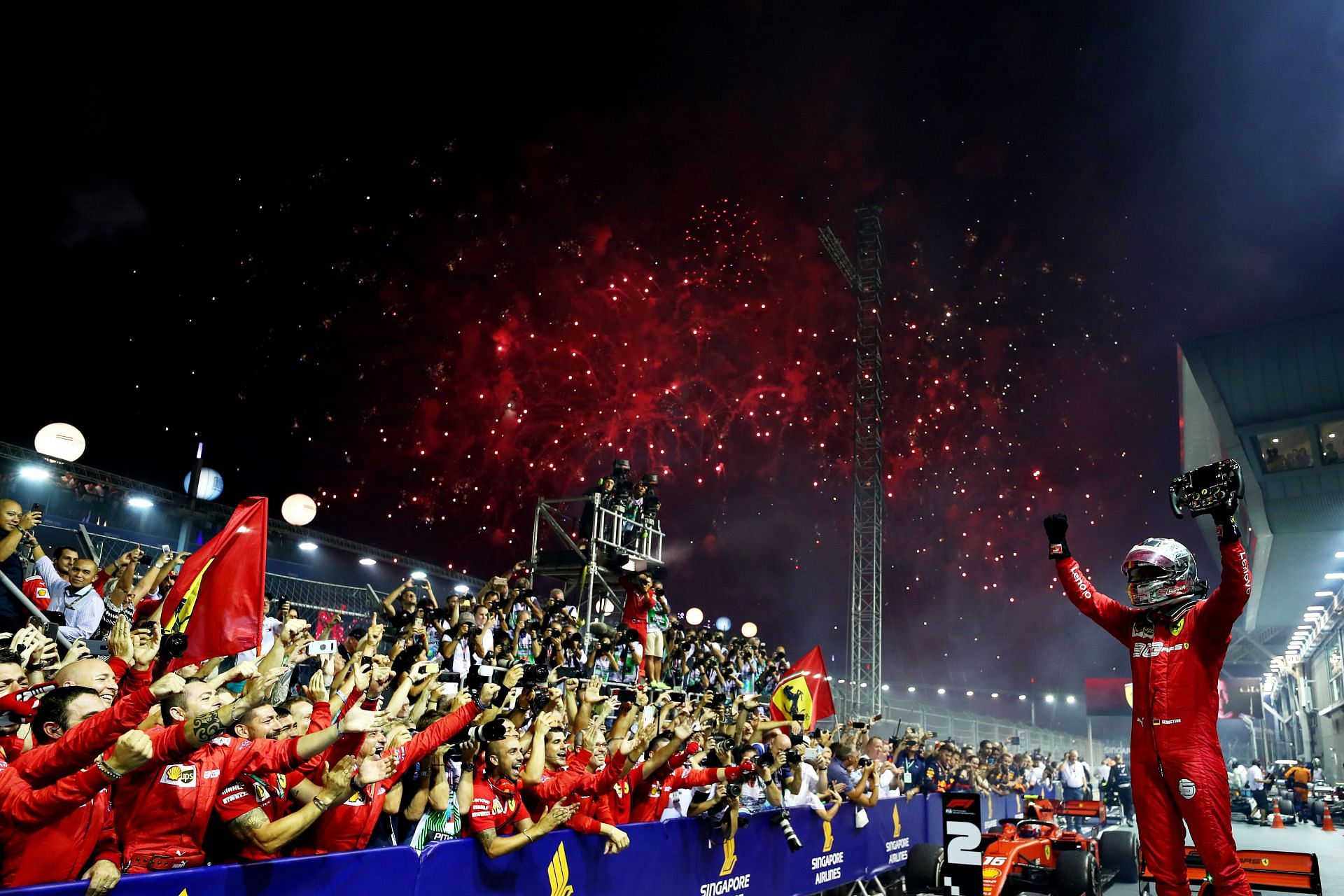 Sebastian Vettel, the four-time world champion and modern-day great, brought to a close a glittering career after 14 years in the sport at the Abu Dhabi Grand Prix in 2022. The term ‘modern-day great’ has been used too lavishly in the world of social media, but using it to refer to the third most successful F1 racer of all time is an understatement, to say the least. His performances from the V8 generation through to the current hybrid era places him among the crème de la crème of Formula 1.

While looking at Sebastian Vettel the driver, in terms of statistics, his days at Red Bull will always take precedence. The performances he put out across his five-year tenure on the team have been matched by very few in the history of the sport. Four world championships and 38 wins for the team along with an unforgettable win at the Italian GP in 2008 for Toro Rosso vindicates his and Red Bull’s dominance over the sport across five years.

The 2014 season, which turned out to be his last with Red Bull, however, was a disaster. Vettel was winless across the entire year, finishing in P5 in the drivers’ championship. Even his new young teammate Daniel Ricciardo finished above him, adding insult to injury. 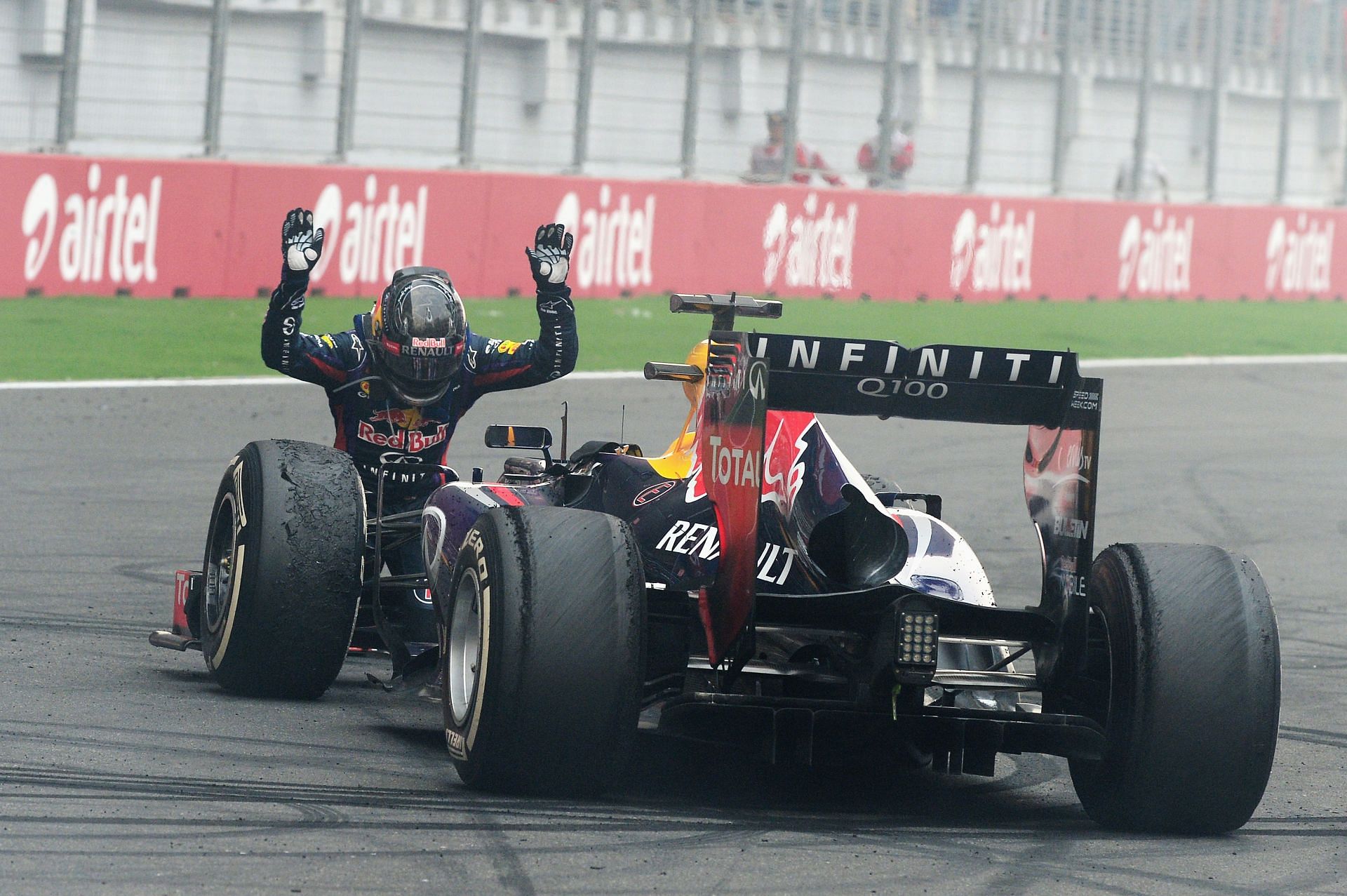 Sebastian Vettel opted for a change of scenario in 2015, signing with the Scuderia Ferrari team. Vettel has always fantasized about his time with Ferrari, pointing out the emotional connection he felt towards the team. His performances for the Prancing Horse, coupled with his demeanor and attitude during his time with the team, made him a fan favorite. Though the new era started on a perfect note, with a victory in the second race at the Malaysian GP, Ferrari rarely had the pace to challenge Mercedes, who eased to the titles in 2015 and 2016.

The 2017 season was his first true shot at championship glory in his dream environment. The Ferrari SF70H was considered by many as the frontrunner for the championship. Three wins in the first six races in Australia, Bahrain, and Monaco, as well as second-place finishes in the remaining races, put him in a commanding position early in the championship. 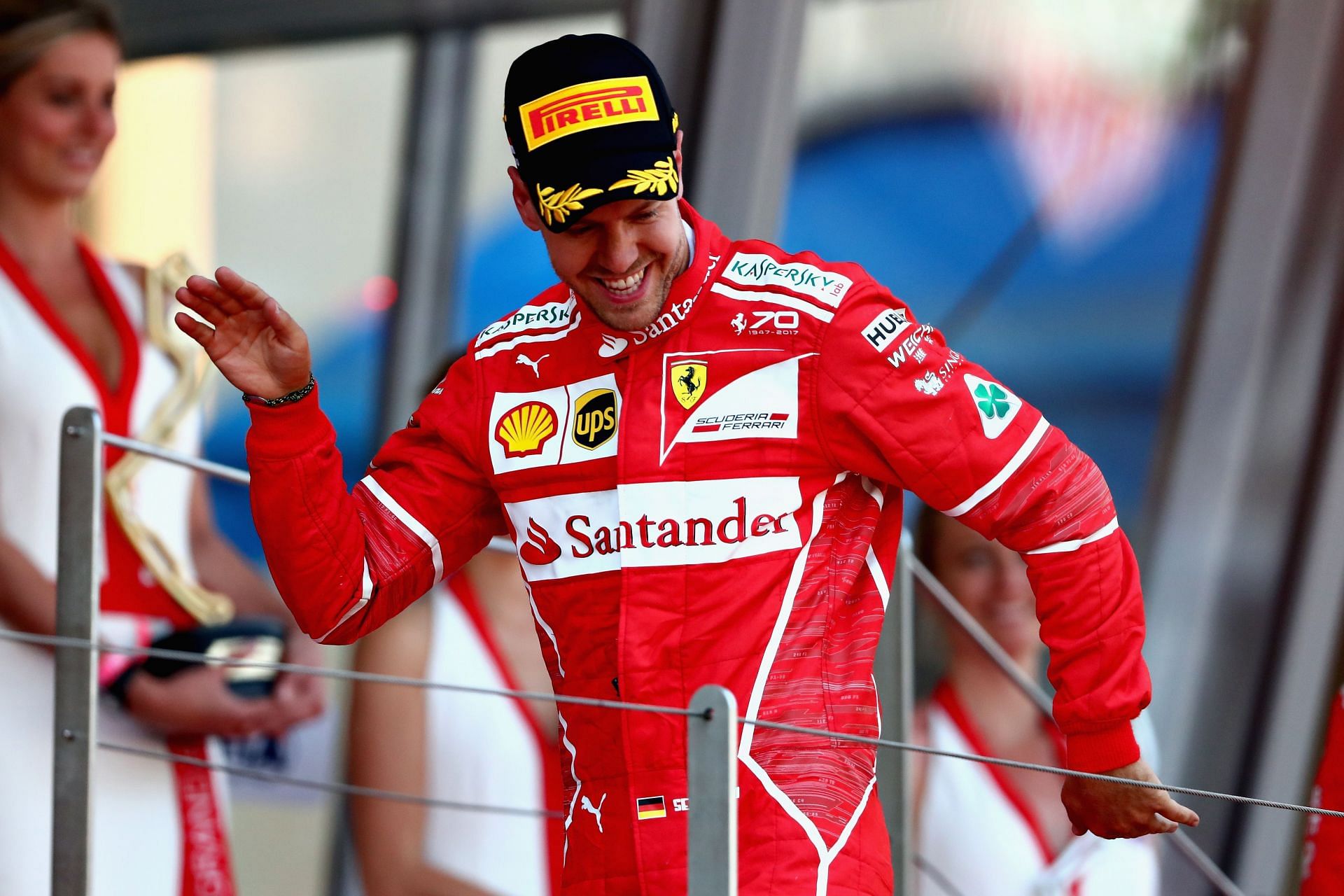 The following races weren’t as successful for Vettel as he barely managed to maintain his lead over Lewis Hamilton. He entered the tenth round at Silverstone with a 20-point lead, but a tire failure two laps from the end ruined his day as he crept across the line in seventh place. Retirement in Singapore after a high-profile clash with Kimi Raikkonen and Max Verstappen, and in Japan after an unfortunate spark plug issue, derailed his championship challenge.

The 2018 season followed a similar script, with Ferrari being touted as serious contenders from race one. ‘Fight for Five’, as it was branded, lived up to the hype with a rollercoaster championship fight between Lewis Hamilton and Sebastian Vettel deep into the season. Two wins in two races, Australia and Bahrain, to start the season instilled great belief in the Tifosi. Vettel went into the halfway mark of the season after winning the British GP, eight points ahead of Hamilton.

The next seven races toppled the entire course of the championship fight, with Hamilton taking six wins and one second place whereas Vettel had to endure an average run of four podiums and a retirement at his home race, the German GP. The gulf in points eventually crept up to 88 at the end of the season, making it seem like a comfortable win for Hamilton.

Sebastian Vettel crashes out of the lead in his home race on lap 52, handing victory to title rival @LewisHamilton who came from 14th on the grid to take his 66th win. #F1 pic.twitter.com/JRknhAUwLq

The 2019 F1 season, in hindsight, signaled the beginning of the end of Sebastian Vettel’s Ferrari stint. He dropped to P5 in the drivers’ championship at the end of the season, managing only one victory in the entire year, a win through a controversial team strategy in Singapore.

He was beaten by his teammate and Ferrari’s future title hope Charles Leclerc, with the pair’s mentor-mentee relationship taking a slight backward step after a high-profile clash in Interlagos, Brazil. The following year was a disaster for Ferrari, with the team finishing sixth in the constructors’ championship due to an underperforming engine.

We created history together. Today we go racing one more time ❤️#essereFerrari 🔴 pic.twitter.com/kpxH148fp0

A switch to the newly-rebranded Aston Martin team followed in 2020. Vettel outperformed the car on multiple occasions, the highlight being a second-place finish in Baku, his first podium with his new team. The next year and new regulations did not change the fortunes of the Silverstone-based team. Vettel could, at best, fight for the last few points places in most races, raking up 37 points across the season.

Sebastian Vettel, in the most Vettel-esque way, announced his retirement from the sport on July 28th, through a video, a day after joining Instagram. Very few racers have managed to earn the respect of every other competitor they face, and Vettel is undoubtedly one among them. More than the legacy he has cemented through his multiple world championships and wins, his character and personality will long be remembered in and out of the paddock and in the world of Formula 1.