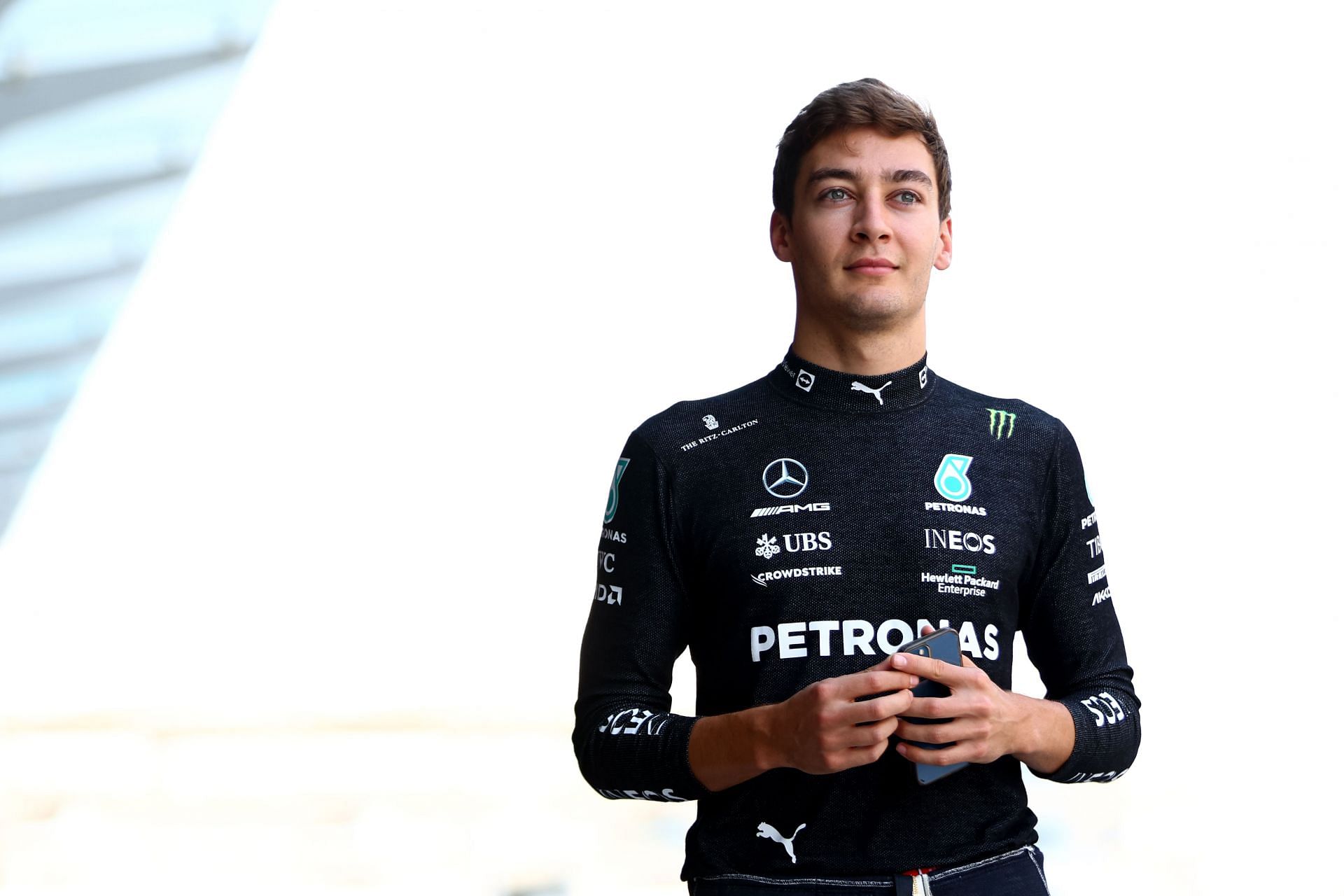 George Russell and Lewis Hamilton had to struggle with the Mercedes W13 as the car had massive issues during the 2022 F1 season. One of the main problems was the constant bouncing of the car. This phenomenon is called ‘porpoising’ where the vertical oscilation creeps up in the car, slowing down the car.

Speaking to the media, George Russell explained how the Mercedes car was even porpoising on the corners, which drastically increased the overall lap times. Russell hopes that this problem or ‘feature’ does not pass over onto next year’s car. The 24-year-old said:

“I think the facts are if you have more porpoising in the corners like we had in Abu Dhabi, it’s not improving the lap time. You need to push the car to its limit, but we were trying to avoid porpoising in the corners because the rear of the car was bouncing around and just sliding the tyre. So I hope that this won’t be a feature on next year’s car, but definitely on all high-speed corners it’s always just been there in the background.”

A disappointing qualifying for George Russell, struggling with his porpoising W13 😕

The Mercedes driver starts in P12 for the Grand Prix #MiamiGP #F1 pic.twitter.com/m1nKIQz0vp

The W13 has been one of the most unsuccessful cars for Mercedes, especially when compared to the W12 and W11 of the 2021 and 2020 seasons, respectively. Although George Russell was able to grab his maiden F1 victory at the 2022 F1 Brazilian Grand Prix, Lewis Hamilton was unable to win a single race all season.

Luckily, the FIA has already placed several rules that will allow teams to reduce the porpoising issues for next year. Moreover, each team will now be focusing on the issue while building their 2023 challengers, especially Mercedes.

Mercedes had one of the toughest seasons in F1 after a long era of domination. The team was only able to grab one victory and finished third in the constructors’ championship. However, George Russell is confident that the Silver Arrows will fight back and get on top once again.

Debut season with @MercedesAMGF1 complete. We hoped for more but I’m proud that together we achieved my maiden pole, sprint victory and race win. Lots of positives to take away from the year and even more motivation heading into 2023. We’ll be back stronger, I have no doubt. 👊 pic.twitter.com/RHmqyWub5H

Speaking on the High Performance podcast, the Briton expressed how it is important to lose in order to learn, improve, and win. The Brackley-based team have been extremely dominant and successful over the past decade and need to find their performance once again. Russell said:

“I think, in terms of your progress, you need to lose to be able to win. I think, this year, I’ve had some failure and a small amount of success. Mercedes, we’re here to win. They’ve won the championship for the last eight years. [Struggling to win has] not been where we’ve wanted to achieve. But we’ve been very consistent, we’ve achieved results, and we’ve been solid.”

It is clear that George Russell’s first year at the team has been quite good, when he is directly compared to his teammate who is a seven-time world champion. It is safe to say that both drivers and the team will have a strong plan to bounce back next season.