Toto Wolff: Max Verstappen is a deserved champion but Abu Dhabi 2021 will haunt us for a long time 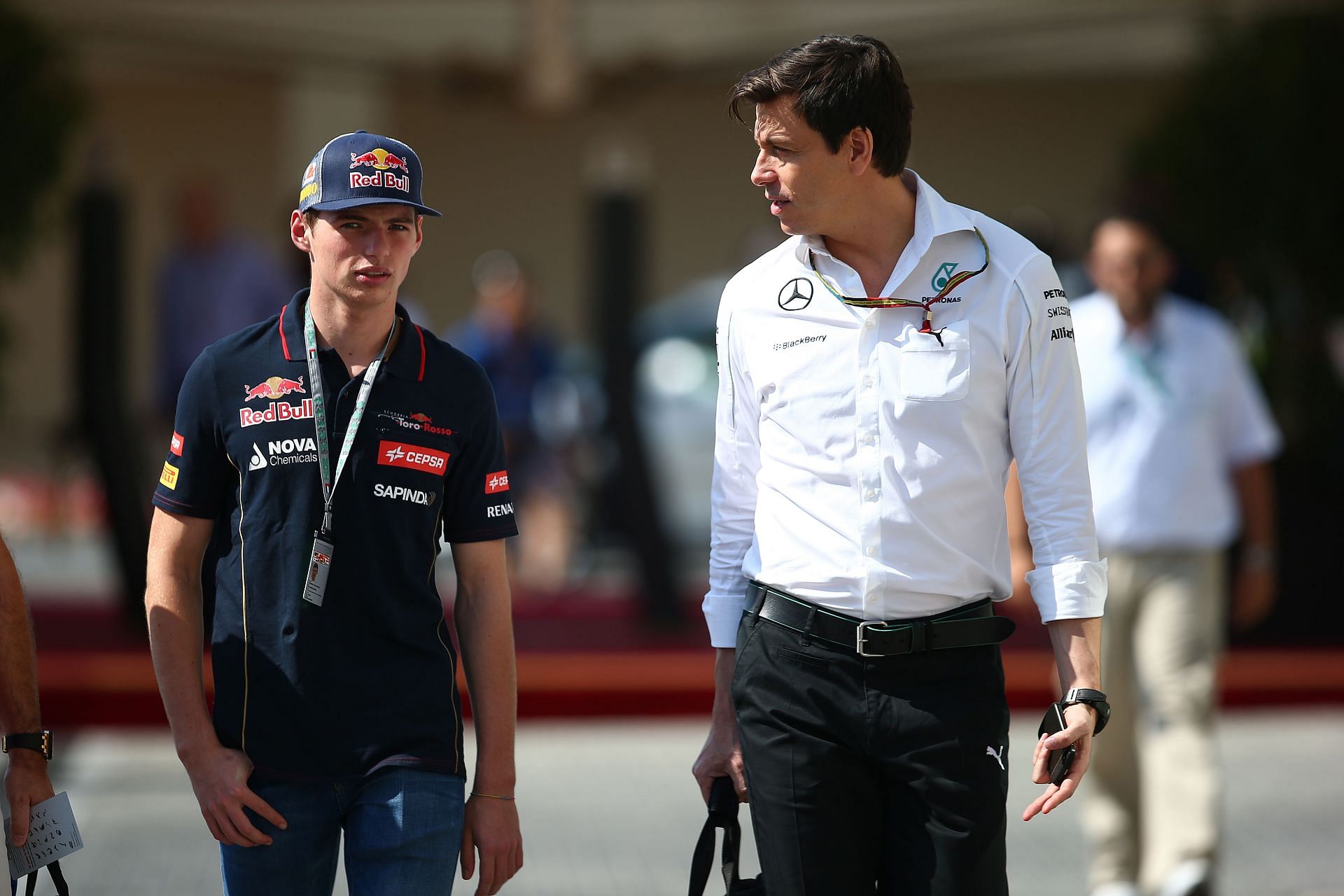 It has been more than a year since Max Verstappen and Lewis Hamilton battled for the world championship at the 2021 F1 Abu Dhabi Grand Prix. It wasn’t just an intense race for the drivers, but for the entire team as well.

Now, a year later, Mercedes team principal Toto Wolff recently reminisced about the last race of the 2021 F1 season. In a recent episode of Beyond the Grid, the Austrian opened up on how he feels about Verstappen, Hamilton, and his feelings towards the last race in 2021. He said:

“Abu Dhabi 2021 will haunt us for a long time, forever maybe, but that mainly happens when you sit quietly and start thinking about those decisions in the last minutes that were at odds with the regulations, but you don’t think about that anymore during the race weekends. Max is a deserved champion, so is Lewis. On that day it was ‘may the best win’, but that’s not what happened.”

🗣️ | “I think I have important values like fairness, and in particular sporting fairness, and that’s what gave birth to my love of this sport. Unfortunately, on that particular day, this value was kicked down. I still think about it every day” pic.twitter.com/3auIPXgomR

Despite him being one of their arch-rivals on the grid, the Mercedes team boss praised Max Verstappen, saying how he was equally deserving of winning the championship in the 2021 and 2022 F1 seasons. Rather, he blamed race control and the FIA for the confusing calls and rules that were implemented during the 2021 F1 Abu Dhabi GP. He said:

“It’s done, the title is decided. We shouldn’t go on and on about it. Max is a two-time world champion, a deserved world champion. Mistakes have been made, the FIA has admitted that and now we have to move on.”

All in all, Toto Wolff hardly thinks about the incidents of 2021 and is fully focused on the present. He, however, himself admits that there is a deep permanent scar on his mind because of it.

During a charity event at the Red Bull factory, team principal Christian Horner humorously talked about Max Verstappen’s weight increase. The Dutchman dominated the grid and won his second world championship in Japan, with four races left in the 2022 F1 season.

“None of his team-mates have been able to measure up to him. Max is a beast on the track, a winning machine who doesn’t give a sh*t about what we have to say or what anyone else has to say. He’s incredible.”#F1 #MV1 pic.twitter.com/LjIITMlGDD

After the title was secured, Max Verstappen gradually started putting on weight. Christian Horner funnily mentioned how the youngster must’ve had some heavy meals which caused his weight to increase in the last few races. He said:

“Of course Max, having won the Drivers’ and the Constructors’ Championships with a couple of races to go – they’re a little bit like jockeys where they have to come in under a certain weight, and we saw that weight starting to creep up a little, through the steakhouses in Austin and the taquerias in Brazil.”

Nonetheless, the Red Bull team principal is confident that Verstappen will work hard over the winter and will be completely fit and ready for the 2023 F1 season.