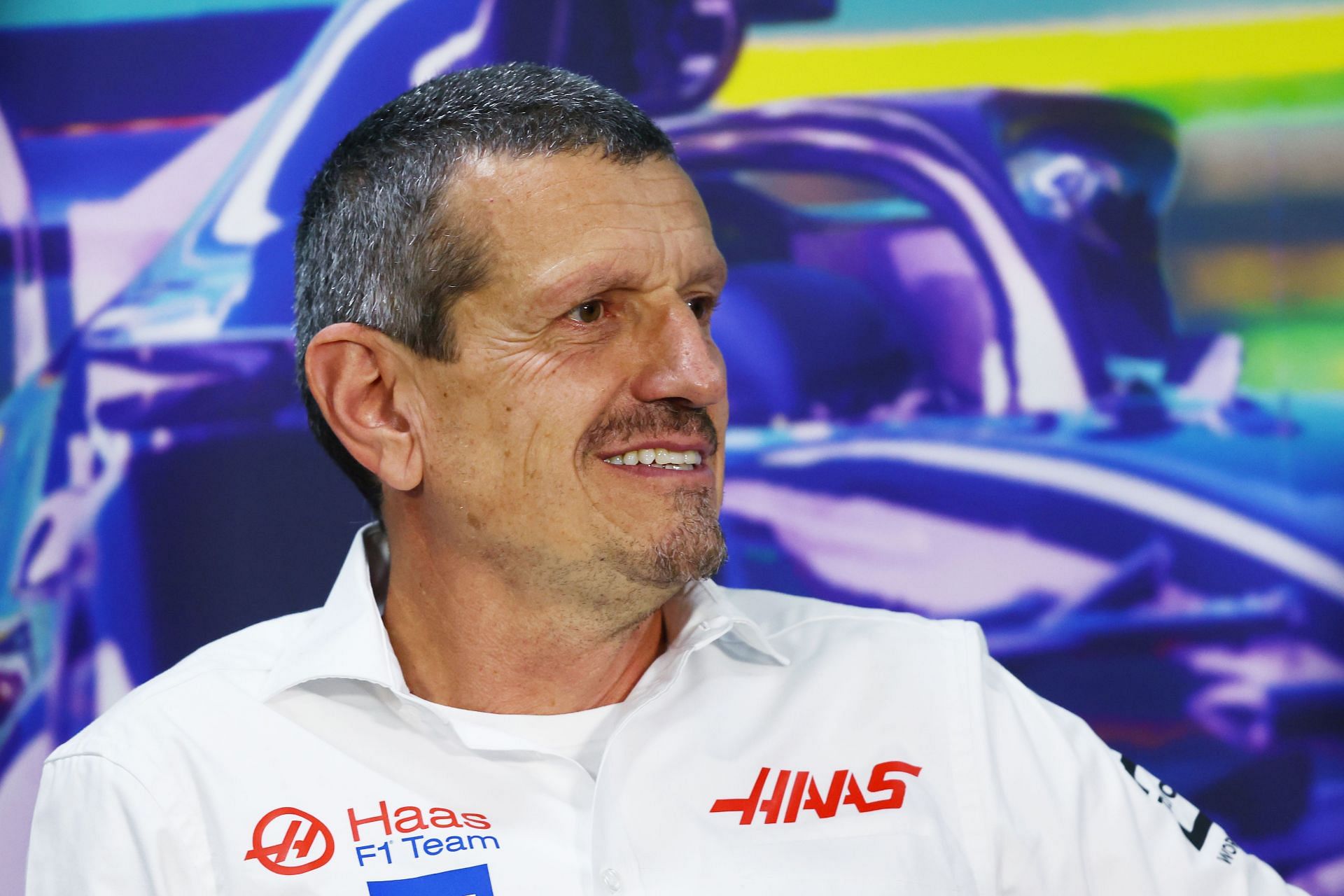 Haas F1 boss Guenther Steiner does not regret fielding an all-rookie lineup in 2021. The American team last had two experienced drivers in Kevin Magnussen and Romain Grosjean in 2020. Both were replaced by two rookies in the form of Nikita Mazepin and Mick Schumacher.

While Mazepin was replaced after a single year with the team, Schumacher stayed with the team for two years only to be replaced for the 2023 F1 season by veteran Nico Hulkenberg. One of the reasons Haas replaced Schumacher with Hulkenberg was because the team felt that an experienced hand was needed to help the team grow and put together a consistent performance.

Looking back, Guenther Steiner was questioned if Haas regretted fielding an all-rookie lineup in 2021. Claiming that he realized experienced drivers were the way to go, Steiner revealed that the situation was different at the time as compared to where the team finds itself right now. He said:

It isn’t Mick’s fault that we are where we are: Haas boss Guenther Steiner

Speaking about the departing Mick Schumacher, Guenther Steiner was quite pragmatic in the way he explained how Haas had to look at different options. The boss of the American team said that his outfit was aiming to improve and get better from the position it finds itself in right now. He admitted that things were not perfect within the team and hence changes were needed.

“We see things in the team now which we need to fix, where we can do better with somebody else, take aside his performance and so on. It’s more like we need to bring the whole team up, not only the driver. It isn’t Mick’s fault that we are where we are. We have ourselves to blame, but we need to come up again. There is a shorter way [of doing that] by taking a guy with a lot of experience and he has done this in multiple teams, which were in similar positions like we are now.”

It will be interesting to see what the future holds for Haas and Nico Hulkenberg. Whether the 2023 F1 season brings progress to the American outfit or not is something worth keeping an eye on.