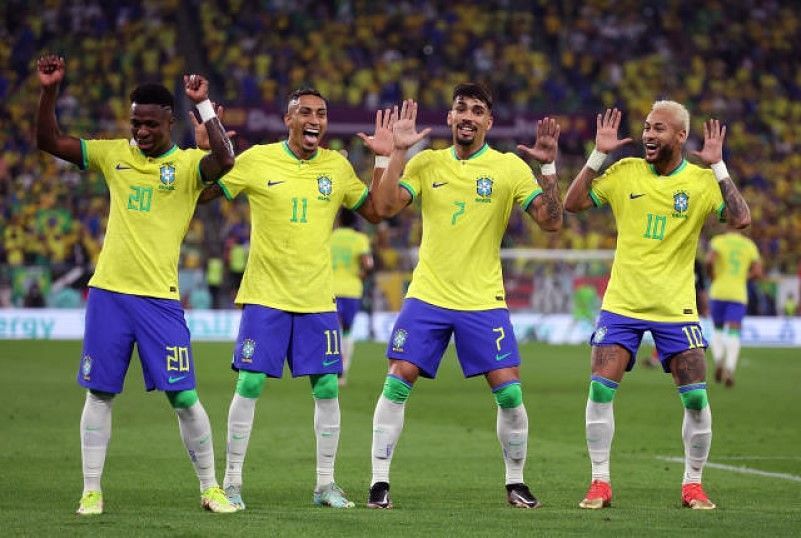 We’re in the deep end of the 2022 FIFA World Cup in Qatar with the quarter-finals set to take place on the 9 and 10 December.

The Round of 16 was an exciting one both for viewing and as a WC Fantasy manager, with points galore. Kylian Mbappe, Lionel Messi, Neymar, Richarlison, and Denzel Dumfries are some of the big names who all picked up hauls.

I had an excellent Matchday 4 myself, scoring 87 points courtesy of a goal from captain Memphis Depay and points from Mbappe, Richarlison, Dumfries, Foden, and some others. I also transferred out Angel Di Maria for Rodrigo De Paul to generate funds for some other transfers.

With the number of teams whittled down to eight, WC Fantasy managers can now pick up to five players from one side. Some strategy is required from this point to manage your transfers wisely by backing teams who have a good chance of making it through to the next round.

With most teams likely to look the same, it will be interesting to see how everyone’s rank changes post these matches.

Brazil takes on Croatia in the first quarter-final on Friday while Netherlands and Argentina lock horns later on. On Saturday, Portugal and Morocco square off and the final quarter-final will be between England and France.

Click here to view the complete fixtures of Matchday 5.

The team suggested for the previous week and transfers 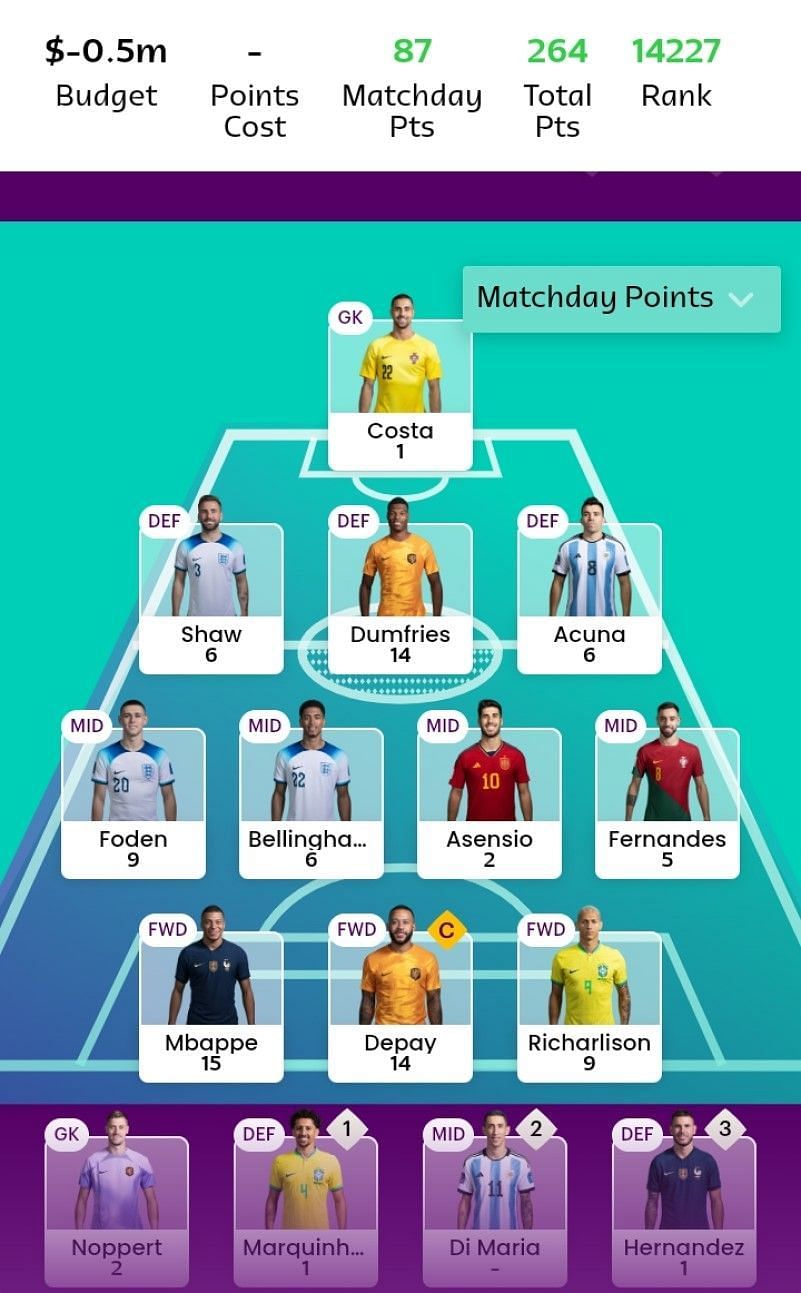 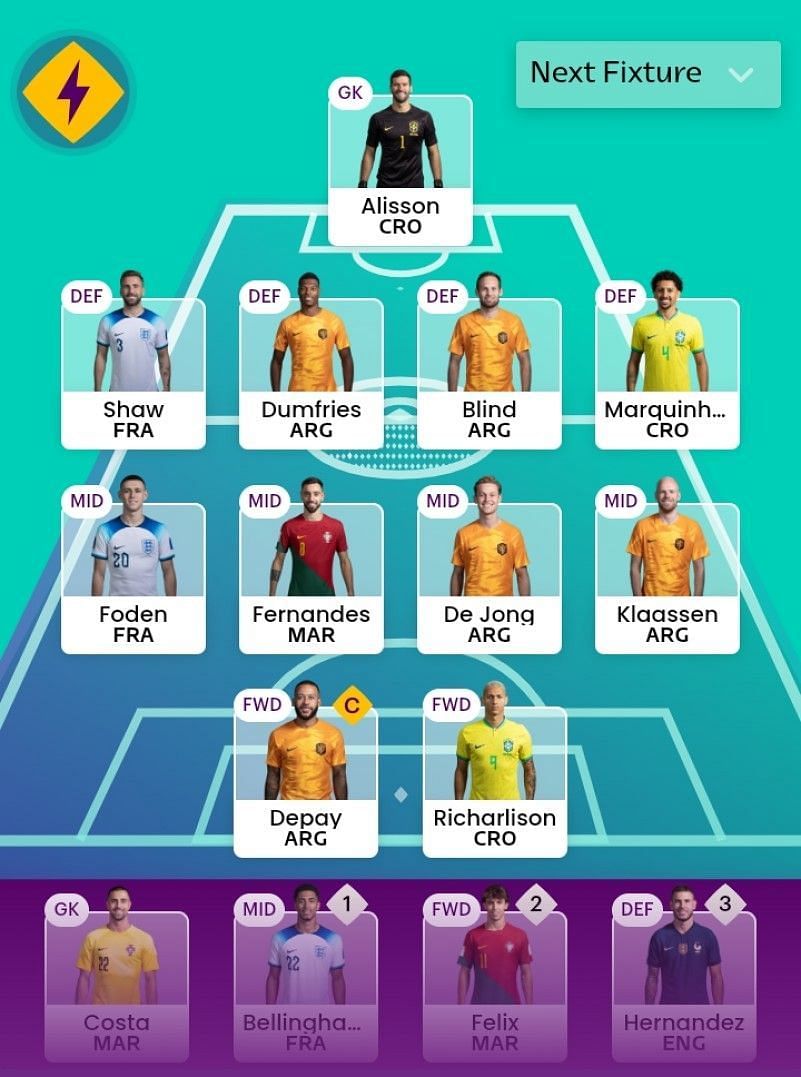 With most teams likely to be similar post this stage, it’s only by backing a side to win a match can you gain any rank.

As is evident from my team, I’m banking heavily on a Netherlands win as I’ve picked five of their players and none from Argentina. That includes transfers to bring in Daley Blind, Davy Klaasen, and Frenkie De Jong. Memphis Depay and the in-form Denzel Dumfries are the other two players.

I also feel England will get the better of France and manage to keep Kylian Mbappe quiet. Hence, I have opted to stick with my three England players and replace Mbappe with the in-form Joao Felix who takes on Morocco. Luke Shaw, Jude Bellingham, and Phil Foden all returned against Senegal, and I’m hoping for a repeat of that.

From Brazil, Alisson, Marquinhos, and Richarlison are the players I have. I feel they have a great chance of going through, however, and will bring in more players in future rounds.

Bruno Fernandes, goalkeeper Diogo Costa, and Joao Felix are my players from Portugal. While I was tempted to go for Goncalo Ramos, it was a gut decision to go with Felix.