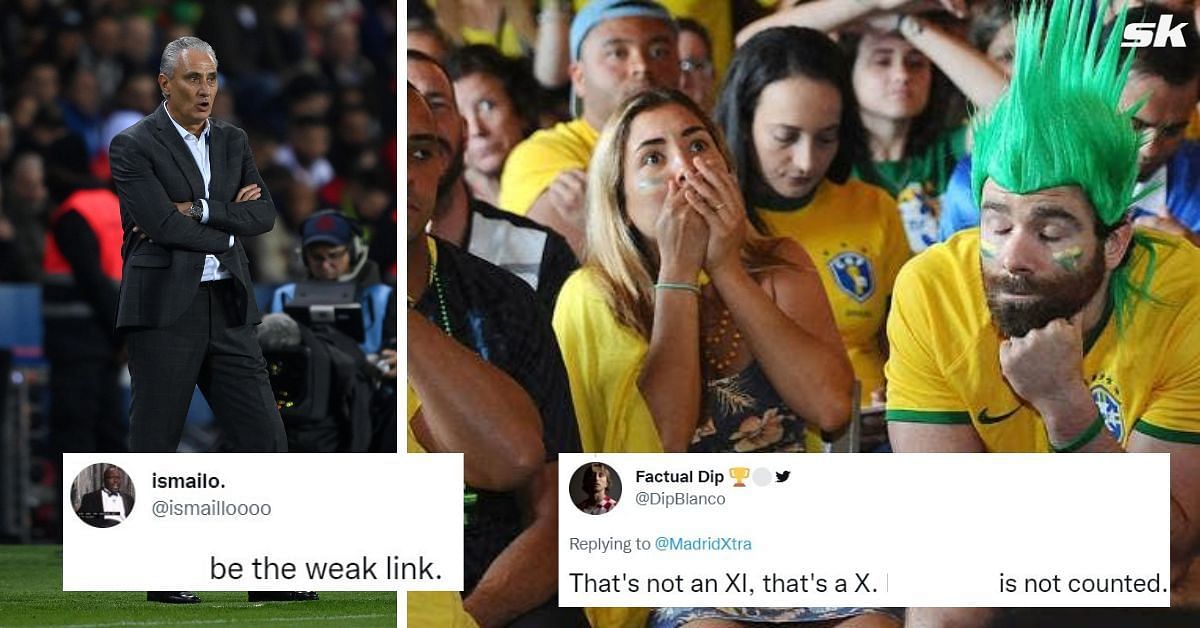 Brazil came into the 2022 FIFA World Cup as one of the favorites and have certainly lived up to that tag. They have made their way into the quarter-finals of the tournament with ease.

Selecao booked their place in the Round of 16 of the competition in Qatar by finishing first in Group G. They then qualified for the quarter-finals with a thumping 4-1 victory over South Korea.

Tite and Co. will now be looking to earn a place in the final four of the FIFA World Cup by beating Croatia today. The two sides are scheduled to lock horns at the Education City Stadium in the first of four quarter-final clashes.

With less than an hour to go until kick-off, Brazil have announced their starting line-up for the match. Tite has notably made no changes to the team that beat South Korea in the Round of 16.

Tite is confident that his preferred starting XI will get the job done against Croatia today. Fans, though, are not on board with his decision to start Raphinha ahead of Gabriel Martinelli, Antony, and Rodrygo. One supporter wrote on Twitter:

“Antony and Martinelli [are] both better than Raphinha, but he still starts for some reason.”

“Raphinha be the weak link.”

Raphinha be the weak link.

Here are some more reactions to Tite’s decision to start Raphinha against Croatia:

Raphinha in that Brazil team: pic.twitter.com/Jen8NQNXzq

Rodrygo deserves to start over Raphinha.

That’s not an XI, that’s a X. Raphinha is not counted.

Raphinha in this Brazil team pic.twitter.com/uq5XjSDOtm

Raphinha ahead of rodrygo is a crime

How raphinha starts again is crazy but to me but vamoooo https://t.co/AroQ52JyPh

Raphinha is yet to register a goal or assist for Brazil during the FIFA World Cup. However, it remains to be seen if he can prove his doubters wrong by helping Selecao beat Croatia today.

How are Croatia lining up against Brazil in the FIFA World Cup?

Croatia progressed into the Round of 16 of the 2022 FIFA World Cup after finishing second in Group F. They then qualified for the quarter-finals by beating Japan on penalties.

Unlike Brazil, Zlatko Dalic has made two changes to the team that beat Japan today. Borna Sosa has returned to the starting line-up, with Borna Barisic dropping to the bench.

Meanwhile, Bruno Petkovic has also been relegated to the bench against Tite and company. Atalanta attacker Mario Pasalic has been included in the first XI instead.

Many consider Selecao the favorites to beat Croatia and move to the next round of the World Cup. However, it remains to be seen if Dalic’s men can spring a surprise.