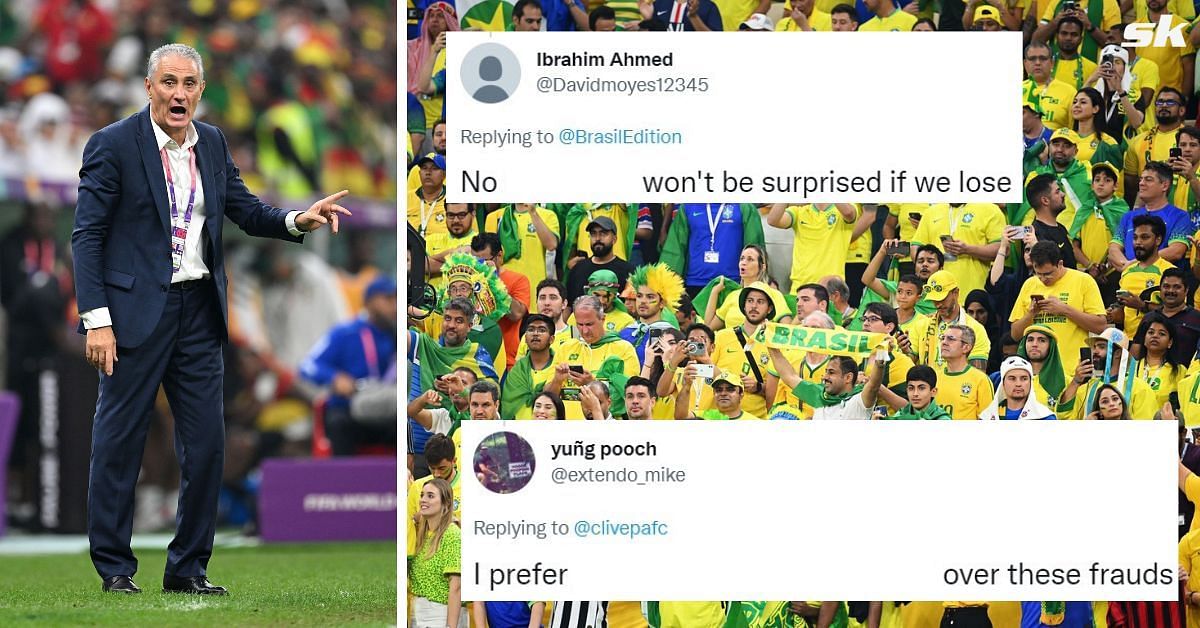 Fans are disappointed to see Gabriel Martinelli on the bench for Brazil’s clash against Croatia in the 2022 FIFA World Cup quarter-finals today (December 9).

Le Selecao are looking to reach the last four of the competition for the first time since they hosted the event in 2014. Expectations are high following their clinical demolition of South Korea in the last round.

Vinicius Junior, Neymar, Richarlison and Lucas Paqueta all scored in the first half for Selecao. They raced to a 4-0 lead before Paik Seung-ho pulled a consolation goal back for the Taegeuk Warriors.

It was a vintage performance from the five-time World Cup champions. They bounced back from their shock 1-0 loss to Cameroon in their final group stage match in spectacular fashion.

Up next for them are a sturdy Croatian team who are tough to score against. They are looking to emulate their performance from Russia 2018 when they marched all the way to the finals.

Brazil are unbeaten against the Vatreni in all their previous five meetings but Tite isn’t underestimating Zlatko Dalic’s side and has put out a strong XI.

However, fans aren’t happy to see Martinelli on the bench.

The Arsenal man has made three appearances for Brazil at the 2022 FIFA World Cup, starting once.

He’s been in great form with the Gunners this season and offers plenty of width and pace down the flanks. He has registered five goals and two assists in 20 games across competitions.

Fans predict an unfavorable result for Le Selecao without him, with one saying he ‘won’t be surprised’ if Tite’s side lose today. Another fan stated that they prefer Martinelli on the right wing over Raphinha.

No martinelli, won’t be surprised if we lose

Brother on the right wing should’ve been dropped for Martinelli https://t.co/0hlhrfmVj5

I prefer good wingers like Martinelli over these frauds

Martinelli is here despite having sympathy minutes.
Start him on the right 😑

Raphinha getting constant starts while being the most ineffective of the front 6 is wild to me. Martinelli and rodrygo over that Barca bum any day. https://t.co/bnRiMYIYKk

Brazil have a 100% FIFA World Cup record to Croatia

A bit of history before the game kicks off. Brazil and Croatia have met each other twice at the FIFA World Cups and the Selecao went unbeaten in both.

At the 2006 FIFA World Cup in Germany, a goal from Kaka was enough to give the Canaries all three points in their group meeting.

Eight years later, when they hosted the tournament, the South American giants played the Vatreni in the very first match and came out 3-1 victors.