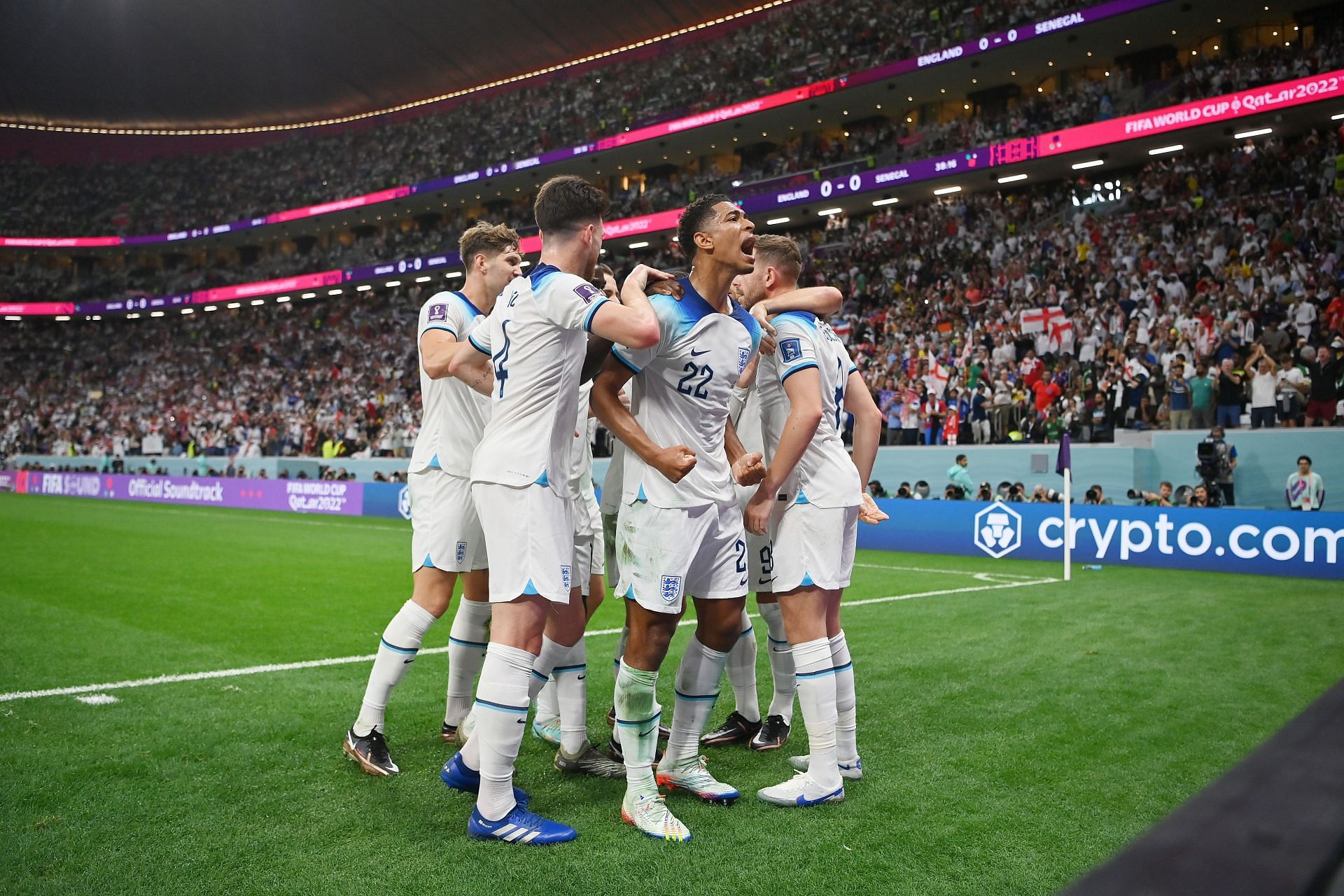 England face off against France at the Al Bayt Stadium in Al Khor this Saturday in the quarter-finals of the FIFA 2022 World Cup.

England overcame the challenge of Senegal to reach this point in the tournament, while France defeated Poland with a comfortable victory.

Prior to those wins in the round of 16, both sides impressed during the group stages of this World Cup. England won Group B by defeating Iran and Wales while securing a draw with the USA, and are currently the joint-top scorers at the tournament with 12 goals to their credit.

Staying focused ahead of France 👊 pic.twitter.com/nO1o05Ik7T

France, meanwhile, topped Group D thanks to wins over Australia and Denmark, despite suffering a stunning 0-1 defeat to Tunisia in their final match. Les Bleus have scored nine goals, five of which have come from star striker Kylian Mbappe.

𝗧𝗼𝗽 𝘀𝗰𝗼𝗿𝗲𝗿 in the history of les Bleus, @_OlivierGiroud_ received a personalised 5️⃣2️⃣ shirt, in honour of his goal tally since November 2011 (117 caps 🇫🇷)!

This might be the toughest quarter-final to call in this World Cup, as both England and France have impressed throughout the tournament and haven’t really shown too many weaknesses.

The big question, naturally, is how England’s defense will deal with the threat of Kylian Mbappe, but then the same could be said for how France’s defense will contend with the likes of Harry Kane and Phil Foden.

Overall, we should expect a cagy yet entertaining game, with both teams finding the net, and the chances of the match going the distance are probably quite high.

Tip 2: Both teams to score – Yes (Both England and France are strong in attack and slightly weaker in defense).

Tip 3: Kylian Mbappe to score for France – Yes (Mbappe already has five goals in this World Cup and will be hopeful of claiming the Golden Boot).